See screenshot below. That should help.

I use Xcode only every so often, and when I do, things have moved on, and I always feel like a stranger in a strange land.

I think Apple is rearranging the furniture (i.e. changing the UI) just for the heck of it.

So, I was in for another spate of Xcode, and for the life of me, I could not figure out how to show build setting names instead of setting titles.

In the past I used to be able to double-click any one of those titles or names and it would flip between the two states. That does not work any more. Probably that worked too well, and developers were way too efficient.

Later, I think I vaguely remember there was a some clickable control somewhere you could click. If it was ever there, it’s gone now.

For Xcode 9 it took me quite a bit of effort to find where it is now. It’s under the ‘Editor’ menu – ‘Show Setting Names’ or ‘Show Setting Titles’.

Also, there is a new Project/Targets sidebar that I don’t remember seeing in previous Xcode versions.

That sidebar is important. And probably because it is important, it is well hidden and not easy to find.

Below a screenshot that shows where those darn things are in Xcode 9. Hope this saves someone else some frustration. 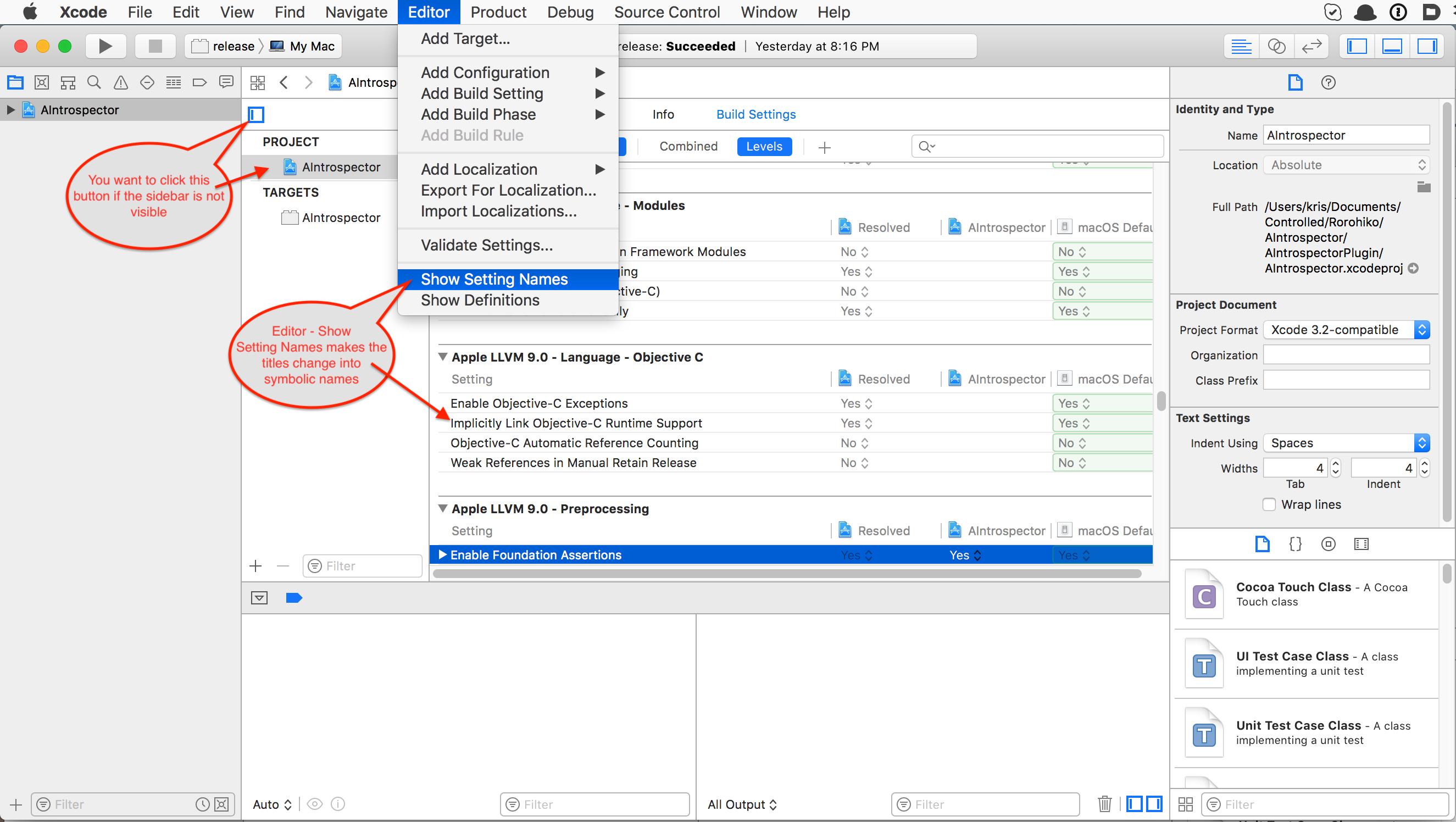